From Fr Armand de Malleray, Ecclesiastical Assistant to the FIJ:-

World Youth Day, to be held from July 25th to August 1st in Krakow, Poland, is right around the corner. Those who wish to attend Mass in the Extraordinary Form of the Roman Rite can do under the patronage of the Federatio Internationalis Juventutem (FIJ) group, organized by Krakow’s youth. During the meetings the daily Mass celebrant will be His Excellency Bishop Athanasius Schneider of Kazakhstan. The Bishop will also lead catechesis sessions. All of the events for our group will take place in the very heart of Krakow at Saints Peter and Paul Church on Grodzka Street https://en.wikipedia.org/wiki/Saints_Peter_and_Paul_Church,_Krak%C3%B3w .
We wish to encourage youth from traditional communities in Poland and across the world to attend this event. Organization and group registrations can be made only through WYD 2016’s registration page. We urge those registering to familiarize themselves with all information either on the registration page or in the FAQ:  http://www.krakow2016.com/en/informacje-en

Posted by Young Catholic Adults at 08:37 No comments: 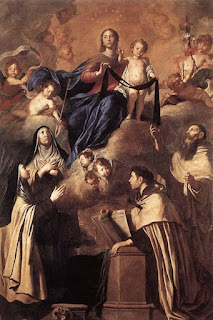 However, despite what preconceived notions or feelings you may have towards the rosary, I submit to you that it should be a regular part of your daily life as a young Catholic.  Why?  Five main reasons:

1. In the fight against temptation and against Satan, a wimpy and sporadic prayer life simply will not do.
What does the prayer life of most people our age look like?  Most likely: whatever we feel like that day.  This is, quite simply, a recipe for disaster, and a fast-track to grave sin (which if committed with full knowledge and full consent equals Mortal sin....ed).

If you’re not accustomed to it, developing the habit of praying a daily rosary (or any consistent daily prayer) is difficult.  Because of this, we can easily come up with a thousand reasons why getting in a rosary every day is just not all that important.  The Catechism describes this battle of prayer:


2725 Prayer is both a gift of grace and a determined response on our part. It always presupposes effort. The great figures of prayer of the Old Covenant before Christ, as well as the Mother of God, the saints, and he himself, all teach us this: prayer is a battle. Against whom? Against ourselves and against the wiles of the tempter who does all he can to turn man away from prayer, away from union with God. We pray as we live, because we live as we pray. If we do not want to act habitually according to the Spirit of Christ, neither can we pray habitually in his name. The “spiritual battle” of the Christian’s new life is inseparable from the battle of prayer.

So, we turn to the one of the most powerful weapons in our arsenal: the rosary.


“The holy Rosary is a powerful weapon. Use it with confidence and you’ll be amazed at the results.” -Saint Josemaria Escriva

2. Because “World Peace” isn’t just a go-to answer for beauty pageant contestants
Prayer may be described both as an internal struggle and as a spiritual battle, but as Christians, we are always faced with the task of bringing the peace of Christ to a confused and hurting world.  How are we even to begin to go about this?

Mary literally gave us the answer to this herself.  And then she made the sun dance. If you’re not familiar with Mary’s apparitions at Fatima, she appeared several times to three children at the beginning of the twentieth century.  Her message:


Our Lady stressed the importance of praying the Rosary in each of Her apparitions, asking the children to pray the Rosary every day for peace. Another principal part of the Message of Fatima is devotion to Our Lady’s Immaculate Heart, which is terribly outraged and offended by the sins of humanity, and we are lovingly urged to console Her by making reparation. She showed Her Heart, surrounded by piercing thorns (which represented the sins against Her Immaculate Heart), to the children, who understood that their sacrifices could help to console Her.

Again and again, Mary has appealed to us in her apparitions to pray the rosary daily.  Why not do as she says?

3. Because Jesus listens to his mother
We see this in John’s account of the gospel, when Jesus transforms the water into wine after Mary tells him they had run out at the wedding (John 2:1-11).  In a similar way to the Old Testament, when the King listened to and respected the Queen Mother, so Jesus respects and listens to his Mother, Mary, Queen of Heaven.

Of course we can go straight to Jesus, but he has given us his Mother as well (John 19:27).  And as we know from the gospel, Jesus hastens to answer his Mother’s requests.


“Among all the devotions approved by the Church, none has been so favored by so many miracles as the devotion of the Most Holy Rosary.”  -Pope Pius IX

Books could be filled (and, in fact, have been filled) with stories of miraculous healings, conversions, and other events brought about by the regular recitation of the rosary.  There’s no reason to expect the rosary not to bring about some dramatic and powerful change in your life as well.

5. Because meditation helps us to “see for the first time”
The rosary is meant to be the “epitome of the entire Gospel”.  When we pray the rosary, we are engaging in the practice of mediation


CCC 2708: Meditation engages thought, imagination, emotion, and desire. This mobilization of faculties is necessary in order to deepen our convictions of faith, prompt the conversion of our heart, and strengthen our will to follow Christ. Christian prayer tries above all to meditate on the mysteries of Christ, as in lectio divina or the rosary. This form of prayerful reflection is of great value, but Christian prayer should go further: to the knowledge of the love of the Lord Jesus, to union with him.

Mediation is meant to lead us as a step along the way to true knowledge of the Lord, to personal union with Jesus.  As GK Chesterton said, “If you look at a thing 999 times, you are perfectly safe; if you look at it for the 1000th time, you are in danger of seeing it for the first time.”  This is what we attempt to do in mediation – to see for the first time.  We meditate on the stories of the Gospel as we pray with Mary to help us see Jesus for the first time....So get the beads out and start praying!  You won’t regret it.

H/t to Mary at http://youngandcatholic.net
Posted by Young Catholic Adults at 14:59 1 comment:

Email ThisBlogThis!Share to TwitterShare to FacebookShare to Pinterest
Labels: 5 Reasons Young Catholics Should Pray the Rosary

The old Young Catholic Adults website has been revamped! 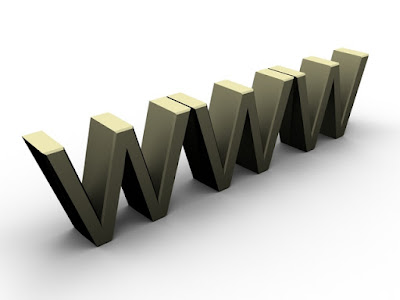 It now has better mobile functionality and will be updated on a more regular basis!

See:- http://www.youngcatholicadults.co.uk .
Posted by Young Catholic Adults at 11:33 No comments: