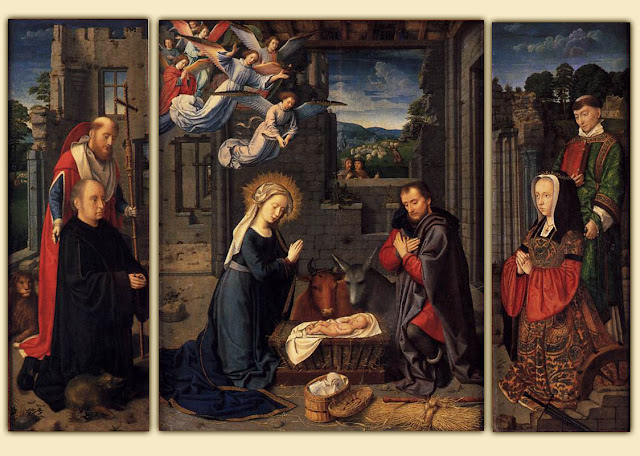 ALLELÚIA
Alleluia, alleluia. V. A sanctified day hath
shone upon us: come ye nations and adore the
Lord: for this day a great light hath descended
upon the earth. Alleluia.
Text of the Alleluia for Christmas Day - 3rd Mass  (1962 Missal).
Posted by Young Catholic Adults at 11:13 No comments: 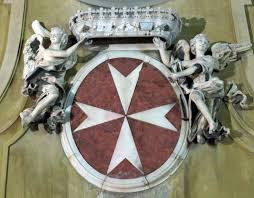 "The Grand Magistry of the Sovereign Order of Malta has issued a statement making it clear that the Holy See does not have the authority to appoint a commission to investigate the replacement of the former Grand Chancellor. This statement was in response to the Holy See's Secretariat of State announcing that Pope Francis had appointed a team to investigate the removal of the Order’s Grand Chancellor, Albrecht von Boeselager."

The full article can be found at:- https://www.ewtn.co.uk/news/europe/sovereign-order-of-malta-says-no-to-pope-s-commission-to-investigate-sacking-of-chancellor.

Posted by Young Catholic Adults at 10:41 No comments: 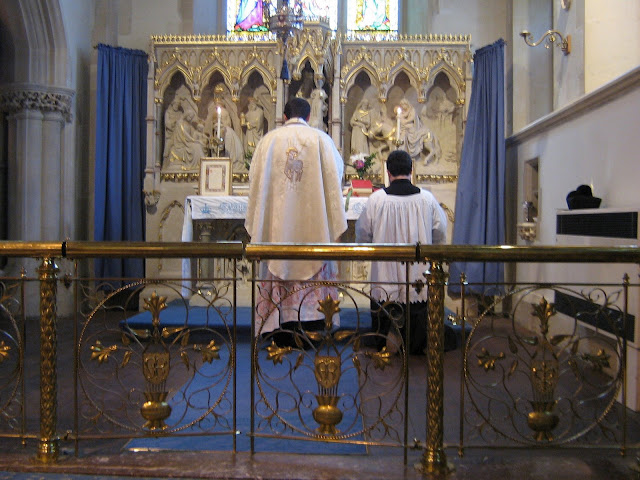 For EF Chrismas Day Masses in England and Wales see:-

Posted by Young Catholic Adults at 10:10 No comments:

Email ThisBlogThis!Share to TwitterShare to FacebookShare to Pinterest
Labels: Christmas Latin Masses in England and Wales

The Astonishing Secret Campaign by the Pope against Hitler 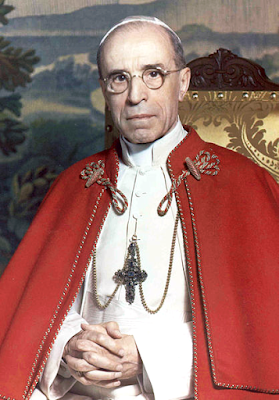 
Astonishing facts about the resistance of Pius XII against Nazi Germany, during the war, have been released in a new book.  Kevin J. Jones from CNA/EWTN writes:-

"Pope Pius XII's secret support for the attempted overthrow of Nazi dictator Adolf Hitler is the subject of a recent book that draws on wartime documents and interviews with the American intelligence agent who wrote them.

“This book is the truth – as best I could establish it in a number of years of research – about the Pope’s secret operations in World War II,” historian Mark Riebling told CNA earlier this year….“Its main premise is that Pius opted to resist Hitler with covert action instead of overt protest. As a result, he became involved in three separate plots by German dissidents to remove Hitler.”

Riebling tells this story in his book “Church of Spies: The Pope's Secret War Against Hitler,” published by Basic Books in September 2015. In the late 1990s, debate over whether Pius XII did enough to counter the Nazis reached a high point with the publication of the deeply controversial book, “Hitler's Pope,” by British journalist John Cornwell. The book was highly critical of Pius XII, charging that he was culpably silent – if not an accomplice – in the rise of Nazism. During research on his previous book, “Wedge: The Secret War between the FBI and CIA,” Riebling discovered wartime documents from Angleton's Rome section of the Office of Strategic Services.

According to Riebling, his book does not charge that the Pope “tried to kill Hitler.” Rather, the Pope’s actions were more subtle….“Pius becomes a key cog in conspiracies to remove a ruler who is a kind of Antichrist, because good people ask for his help, and he searches his conscience, and he agrees to become an intermediary for the plotters – their foreign agent, as it were – and thereby he becomes an accessory to their plots.”

The historian described these actions as “some of the most astonishing events in the history of the papacy.” Pius XII had connections with three plots against Hitler. The first, from October 1939 to May 1940, involved German military conspirators. From late 1941 to spring of 1943 a series of plots involving the German Jesuits ended when a bomb planted on Hitler’s plane failed to explode.The third plot again involved German Jesuits and also German military colonel Claus von Stauffenberg. Although the colonel successfully planted a bomb near the Nazi dictator, it failed to kill Hitler. The priests had to flee after the failed attempt. Those unable to escape were executed.

Pius XII's agents provided the Allies with useful intelligence about Hitler's war plans on three occasions, including Hitler’s planned invasion of Russia. In all three cases, the Allies did not act on the information.

For their part, the Nazis regarded Pius XII with suspicion since his election in 1939.“He worked hard to allay those suspicions, to minimize persecutions of German Catholics. But the Nazis never dropped their guard,” Riebling said…”at one point Hitler planned to invade the Vatican, kidnap the Pope and bring him to Germany. Leading Nazi Heinrich Himmler wanted to have the Holy Father publicly executed to celebrate the opening of a new soccer stadium,” Riebling said….“Pius became aware of these plans, through his secret papal agents; and, in my view, that influenced the Holy Father’s decision to become involved with the anti-Nazi resistance.”

For Riebling, the assassination plots against Hitler were an admission of weakness, “because it’s saying that we can’t solve the problem by some other means…. when he heard that a priest was arrested for praying for the Jews and sent off to a concentration camp, he said: 'I wish everyone would do that.'”

For the full article see:- http://www.catholicnewsagency.com/news/the-astonishing-secret-history-of-the-pope-who-fought-hitler-24882/