Letter of Support from the Vatican 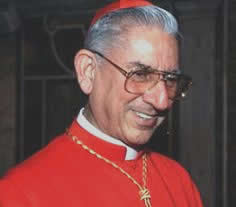 Cardinal Castrillion Hoyos the President of the Pontifical Commission Ecclesia Dei has lent his support to the International Juventutem Federation. Young Catholic Adults has just affiliated itself to the Fœderatio Internationalis Juventutem. His Eminence writes:-

Dear young members of the International Juventutem Federation,
You are young Catholics, loyal to the hierarchy of the Church and attracted by the “forma extraordinaria” of the Roman liturgy, in particular by the Missal of the Blessed John XXIII. I encourage you in your aim, that is to say your sanctification through the Roman traditions of the Church.
The presence of your little groups in Asia, Europe, Africa, the Americas and Oceania demonstrates the universal attraction of the most ancient forms of the Roman liturgy, whose particular transcendence serves to connect the most diverse cultures. From this liturgy, you will receive special help in coming better to know and love Our Lord Jesus Christ and His Church, as the Holy Father wrote on 7th July 2007: “Immediately after the Second Vatican Council, it might have been imagined that the demand for the use of the 1962 Missal would have been limited to the older generation, which had grown up with it, but it has since become clear that young people were also discovering this liturgical form, feeling attracted to it and finding in it a type of contact with the Most Holy Eucharist which suited them particularly well” (Letter to the Bishops, accompanying the Motu Proprio “Summorum Pontificum“).
As a sign of your devotion to the Sacrament of the Eucharist, your Juventutem Federation has chosen as its emblem a monstrance. I also know that you will be present at the International Eucharistic Congress in Québec in June 2008.
I therefore wish to renew my encouragement of your progress in Christian piety and friendship via the Roman traditions of the Church. May you continue to obtain ever deeper sanctification, which will make you warm witnesses of the love of Christ in communion with His Church. 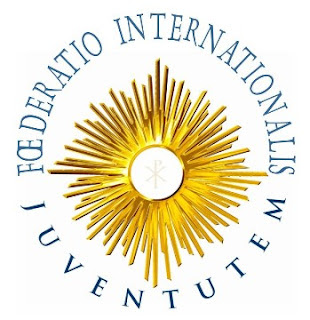 ional Juventutem Federation (Fœderatio Internationalis Juventutem); and sent a delegate to the first International Gathering in Berne (Switzerland). This meeting was certainly a true time of grace, providing delegates with a unique opportunity to meet and know each other.
Photographs of the event can be found at http://www.juventutem.org/pages/francais/photos/2008.php
Posted by Young Catholic Adults at 12:19 No comments: