Archbishop Viganò: The Third Secret of Fatima has not Been Fully Published 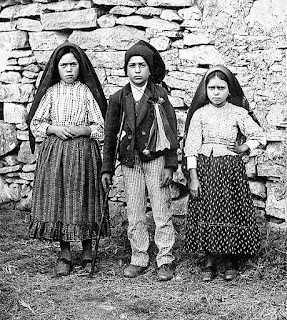 "Archbishop Vigano has made an astounding claim, that we haven't seen the totality of the third secret. Lifesite news states:-

In a stunning new interview, Archbishop Carlo Maria Viganò, the former papal nuncio in Washington, D.C. and the prelate who accused Pope Francis of covering up the crimes of Theodore McCarrick, has now publicly stated that he does not believe that the Vatican up to today has published the full Third Secret of Fatima. This report has already found interest in Italy, by outlets such as Corrispondenza Romana and Stilum Curiae.
Speaking to Dies Irae, a Portuguese website, Archbishop Viganò says, “The third part of the message that Our Lady entrusted to the shepherds of Fatima, so that they could deliver it to the Holy Father, remains a secret today.”

In 1917, Our Lady repeatedly appeared to three shepherd children – two of whom are now canonized – and gave them one secret with three parts, the first and the second to be revealed to the public.
The third part of the Secret – often called the Third Secret – was to be given to the Pope, who was then asked by Our Lady to make it known to the world not later than 1960.
The first and the second parts of the Secret show a vision of hell, speak about the spread of the “errors” of Russia, the need for penance, and for Russia to be consecrated to the Immaculate Heart of Mary. The third part as it has been published shows a Pope who is being killed on a hill, together with clergymen and laymen.
Further explaining his position, the Italian prelate, who lives currently in an undisclosed location, then says, “Our Lady asked [the secret] to be revealed in 1960, but John XXIII published, on February 8 of that year, a statement in which he stated that [...] ‘he does not want to assume the responsibility of guaranteeing the truth of the words that the three little shepherds say that the Virgin Mary addressed to them.’”
“With this departure from the Queen of Heaven's message,” Viganò continues, “a cover-up operation was initiated, evidently because the content of the message would reveal the terrible conspiracy of her enemies against the Church of Christ.”
According to the archbishop, until a “few decades ago,” people would not have believed that we could even dare to “gag” the Blessed Mother, “but in recent years we have also seen attempts to censor the Gospel itself, which is the Word of His divine Son.”
The Italian prelate states that the Vatican, when officially presenting the Third Secret to the public in 2000, presented an “incomplete” version. "

The full article can be read at:- https://www.lifesitenews.com/blogs/archbishop-vigano-third-secret-of-fatima-has-not-yet-been-fully-published.

Posted by Young Catholic Adults at 08:49

Email ThisBlogThis!Share to TwitterShare to FacebookShare to Pinterest
Labels: Archbishop Viganò: The Third Secret of Fatima has not Been Fully Published