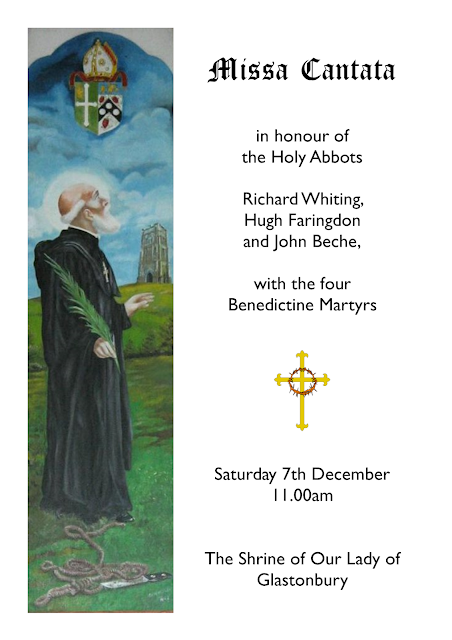 
"On 19th September 1539, Richard Layton, Thomas Moyle, and Richard Pollard arrived at the abbey without warning. They were not convinced about Whiting's answers and he was sent to the Tower of London.

They discovered a book condemning Henry VIII's divorce from Catherine of Aragon. They also discovered evidence that Whiting hid a number of precious objects from Cromwell's agents. The commissioners wrote to Thomas Cromwell claiming that they had now come to the knowledge of "divers (many) and sundry treasons committed by the Abbot of Glastonbury". Whiting was sent back to Somerset in the care of Richard Pollard and reached Wells on 14 November. "Here some sort of trial apparently took place, and next day, Saturday, 15th November, he was taken to Glastonbury with two of his monks, Dom John Thorne and Dom Roger James, where all three were fastened upon hurdles and dragged by horses to the top of Toe Hill which overlooks the town. Here they were hanged, drawn and quartered, Abbot Whiting's head being fastened over the gate of the now deserted abbey and his limbs exposed at Wells, Bath, Ilchester and Bridgewater."

Come to the Mass in his honour and to beg for his prayers on Saturday December 7th at 11.00am in the Shrine of Our Lady, sung by the Community of Our Lady of Glastonbury." H/t to http://frbederowe.blogspot.com/2019/11/missa-cantata-for-blessed-richard.html?m=1
Posted by Young Catholic Adults at 13:34