§ 1. A plenary indulgence is granted to the Christian faithful who, in a church or in an oratory, are present [take part] in a recitation or solemn chant of: ...
° the hymn Veni Creator ... on the first day of the year, imploring divine assistance for the whole of the coming year...
(Reference: Enchiridion Indulgentiarum)
Posted by Young Catholic Adults at 09:52 No comments:


§ 1. A plenary indulgence is granted to the Christian faithful who, in a church or in an oratory, are present [take part] in a recitation or solemn chant of: ...

Posted by Young Catholic Adults at 10:59 No comments: 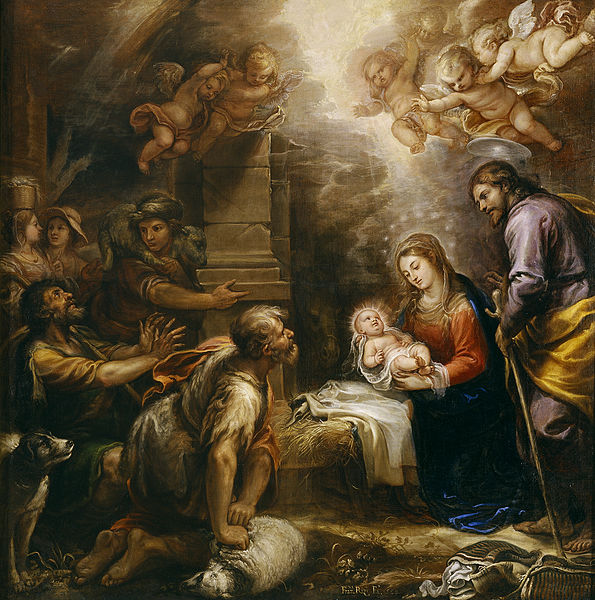 The Gospel According to Saint Luke"[1] And it came to pass, that in those days there went out a decree from Caesar Augustus, that the whole world should be enrolled. [2] This enrolling was first made by Cyrinus, the governor of Syria. [3] And all went to be enrolled, every one into his own city. [4] And Joseph also went up from Galilee, out of the city of Nazareth into Judea, to the city of David, which is called Bethlehem: because he was of the house and family of David, [5] To be enrolled with Mary his espoused wife, who was with child.
[6] And it came to pass, that when they were there, her days were accomplished, that she should be delivered. [7] And she brought forth her firstborn son, and wrapped him up in swaddling clothes, and laid him in a manger; because there was no room for them in the inn. [8] And there were in the same country shepherds watching, and keeping the night watches over their flock. [9] And behold an angel of the Lord stood by them, and the brightness of God shone round about them; and they feared with a great fear. [10] And the angel said to them: Fear not; for, behold, I bring you good tidings of great joy, that shall be to all the people:
[7] "Her firstborn": The meaning is, not that she had afterward any other child; but it is a way of speech among the Hebrews, to call them also the firstborn, who are the only children. See annotation Matt. 1. 25. (notes from Bishop Challoner).
[11] For, this day, is born to you a Saviour, who is Christ the Lord, in the city of David. [12] And this shall be a sign unto you. You shall find the infant wrapped in swaddling clothes, and laid in a manger. [13] And suddenly there was with the angel a multitude of the heavenly army, praising God, and saying: [14] Glory to God in the highest; and on earth peace to men of good will. [15] And it came to pass, after the angels departed from them into heaven, the shepherds said one to another: Let us go over to Bethlehem, and let us see this word that is come to pass, which the Lord hath shewed to us.
[16] And they came with haste; and they found Mary and Joseph, and the infant lying in the manger. [17] And seeing, they understood of the word that had been spoken to them concerning this child. [18] And all that heard, wondered; and at those things that were told them by the shepherds. [19] But Mary kept all these words, pondering them in her heart. [20] And the shepherds returned, glorifying and praising God, for all the things they had heard and seen, as it was told unto them."
From http://www.drbo.org/chapter/49002.htm. The online Douay-Rheim version with notes from Bishop Challoner.
Posted by Young Catholic Adults at 10:33 No comments: 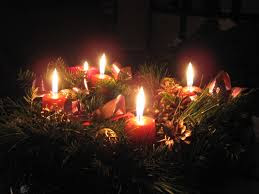 Friday 15th Dec - Our last event of the year will be Christmas carols in Montpellier on Friday 15th Dec starting at 17:30 at the bandstand.
Posted by Young Catholic Adults at 09:21 No comments: 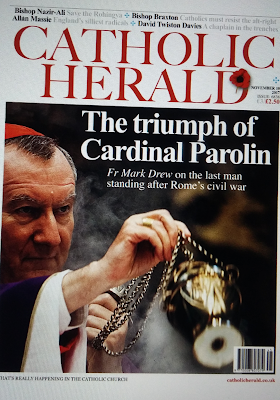 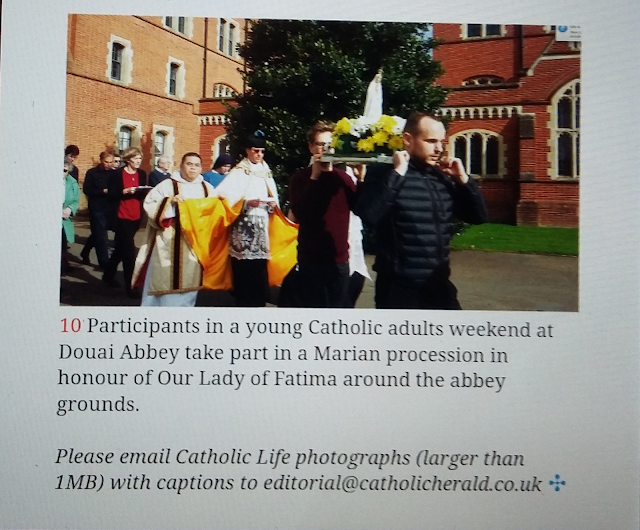 Posted by Young Catholic Adults at 11:22 No comments: